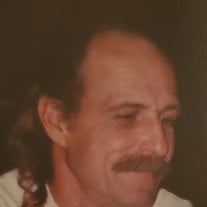 Roger D. Moran, 67, of Perryville, MO, died Thursday, January 9, 2020 at his residence surrounded by loving family members following a courageous battle with esophageal cancer. Roger was born December 1, 1952 in Perryville, MO. to Henry Franklin and Evelyn Ethel (Cook) Moran. Roger and Kathleen M. (Giles) Moran were married July 18, 2013. She survives in Perryville. Roger was a Sheet Metal Riveter at Boeing in St. Louis for over 30 years. He was a member of the United Methodist Church in Sedgewickville, American Legion Post 133 and was a US Army Vietnam Veteran serving as a combat field medic. Roger worked on the Boeing F/A-18 Fighter jet, the Hornet, the Harrier and various other types of combat aircraft. He was a member of the Tennessee Walking Horse Association. He loved riding and working with his horses, hunting, fishing and farming. On his farm he raised cattle, horses and hunting beagles. Survivors include son Jason (Angela) Moran of Kilkenny, Minnesota; son Nathan (Holly) Moran and their two children, Finley and Elsie Moran of Perryville; son Matthew Moran of Perryville; daughter, Samantha Moran of Perryville; sister, Betty (Charles) Abt of Ste. Genevieve; brother, Ronald (Shirley) Moran of Perryville; and sister-in-law, Linda Moran of Brewer. Roger was preceded in death by his parents and one brother, Robert Moran. Friends may call 4:00 PM to 8:00 PM on Friday, January 10, and from 6:30 AM until time of Service at 10:00 AM on Saturday at Ford & Young Chapel in Perryville. Service will be at 10:00 AM Saturday, January 11, 2020 at Ford & Young Chapel in Perryville with Pastor Kevin Barron and Charles Mangels officiating. Burial will be at Crossroads United Methodist Cemetery with military honors provided by the American Legion Post 133 and Delta Team. Memorial contributions may be given to St. Jude Children's Research Hospital. Online condolences may be made at www.fordandyoungfuneralhome.com. Ford & Young Funeral Home is in charge of arrangements.

The family of Roger Dale Moran created this Life Tributes page to make it easy to share your memories.

Send flowers to the Moran family.