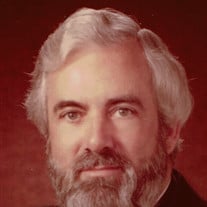 Father Richard Stafford Poole, C.M. died on Nov. 1, 2020, at age 90. He was a Catholic priest and a renowned historian and author with expertise in early colonial Mexico. He was born to Joseph Poole and Beatrice (Smith) Poole on March 6, 1930, in Oxnard, California, and raised in North Hollywood. He joined the Congregation of the Mission of Saint Vincent de Paul, taking his vows in 1949. He studied at St. Mary's of the Barrens Seminary in Perryville, Missouri, earning a bachelor's degree in 1952. He completed his theological studies there and was ordained in 1956. He received a master's degree in Spanish literature in 1958 and then, in 1961, his doctorate in history, both from St. Louis University. Stafford made an impressive contribution to the field of Catholicism in Colonial Latin America, as well as his works on the history of the Congregation of the Mission and the American Catholic Church. Included in his life's work were 14 books, 23 publications in anthologies and encyclopedias, and 62 journal articles. His books include Pedro Moya de Contreras: Catholic Reform and Royal Power in New Spain, 1571-1591; Juan de Ovando: Governing the Spanish Empire in the Reign of Philip II; Our Lady of Guadalupe: The Origins and Sources of a Mexican National Symbol, 1531-1797; The Guadalupan Controversies in Mexico; and Church and Slave in Perry County, Missouri, 1818-1865 (with Douglas J. Slawson). Stafford was also a teacher, academic dean, and seminary rector. His teaching career included Cardinal Glennon College in St. Louis; St. Mary's of the Barrens Seminary in Perryville; and St. John's Seminary College in Camarillo, CA. For almost twenty years, he presided at Mass on Sunday at St. Jude's parish in Westlake Village, California. Starting In 1990 he moved back to Los Angeles to the Vincentian Residence, and he devoted much of his time to his research and speaking at conferences around the world. He had many interests including travel, clock repair, genealogy, and old movies. He is survived by his nieces Monica Smith (Mike) of Gaborone, Botswana, and Michelle Emerle (Gary) of Boston, Massachusetts, and his great nieces and nephews. He died at the Apostle of Charity Residence in Perryville. Services were private. He was laid to rest at the Vincentian Community Cemetery with Fr. Patrick McDevitt C.M. officiating. Donations in his honor will be gratefully accepted by Vincent Gray Academy in East St. Louis, IL, and the Apostle of Charity Residence, St. Mary's of the Barrens, in Perryville, MO. Online condolences may be made at www.fordandyoungfuneralhome.com. Ford and Young Funeral Home is in charge of arrangements.

Father Richard Stafford Poole, C.M. died on Nov. 1, 2020, at age 90. He was a Catholic priest and a renowned historian and author with expertise in early colonial Mexico. He was born to Joseph Poole and Beatrice (Smith) Poole on March 6, 1930,... View Obituary & Service Information

The family of Fr. Stafford Poole C.M. created this Life Tributes page to make it easy to share your memories.

Send flowers to the Poole family.