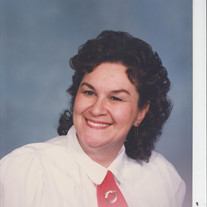 Dorothy J. Hagen, 78, of Godfrey, Illinois died Monday, April 6, 2020 at Alton Memorial Hospital in Alton, IL. She was born December 10, 1941 in Perryville to Ralph E. and Mary E. (Moran) Hoehn. She and Robert E. Hagen were married October 23, 1982. He preceded her in death on October 25, 2007. She had been a sales associate for over 30 years in the Sporting Goods Department at WalMart. She was a member of Eastern Star. Survivors include her one daughter, Robyn Hamlin of St. Louis, Missouri; one son, Ricky Hamlin of Alton, Illinois; one sister, Sandra Kurtzeborn of Florissant, Missouri; two grandsons, Conar Smith and Rick Lucas Hamlin, one granddaughter, Alicia Hamlin and one great granddaughter, Skylynn Hamlin. She was preceded in death by her parents, husband, and one son, Wendell Hamlin. Private service will be held at Ford & Young Funeral Home on Tuesday, April 14, 2020 for family only. In lieu of flowers memorial contributions may be given to the Leukemia Society. Online condolences may be made at www.fordandyoungfuneralhome.com. Ford & Young Funeral Home is in charge of arrangements.

The family of Dorothy J. Hagen created this Life Tributes page to make it easy to share your memories.

Send flowers to the Hagen family.