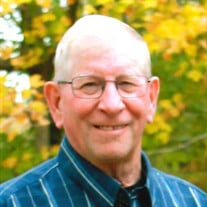 David Harry Seibel, 73, of Frohna passed away Thursday, Sept. 23, 2021, at his home with his family by his side. He was born July 27, 1948, in Cape Girardeau to the late Harry and Elsie Palisch Seibel. David and Charlotte Schlichting were married April 5, 1975, at St. Paul Lutheran Church in Wittenberg, Missouri. David was a graduate of Perryville (Missouri) High School. He proudly served his country in the U.S. Marine Corps during the Vietnam War. He worked for East Perry Lumber Company for 47 years. He loved being outdoors; you could find him boating, fishing, hunting or cutting wood. He was an avid Cardinals baseball fan. His biggest joy was spending time with his grandchildren and supporting them in all their activities. David was a member of Immanuel Lutheran Church in Altenburg, Missouri. He is survived by his wife, Charlotte; son, Jeffrey (Dana) Seibel of Perryville; daughter, Dana Seabaugh of Jackson; four grandchildren, Alex, Paige and Grant Seibel and Caleb Seabaugh; brother, Richard (Barb) Seibel of Altenburg; sister, Sandy (Dean) Breig of St. Mary, Missouri; father-in-law, Bernard Schlichting; brothers-in-law, Robert (Kathy) Schlichting, Roger (Chris) Schlichting and Alan (Tracey) Schlichting; numerous nieces, nephews and cousins. David was preceded in death by his parents and mother-in-law, Arleen Schlichting. Visitation will be from 4 to 8 p.m. Sunday, Sept. 26 at Ford and Young East Perry Funeral Home in Altenburg. Funeral service will be at 10 a.m. Monday at Immanuel Lutheran Church in Altenburg with Pastor Frank Lucas officiating. Visitation will also be one hour prior to the funeral service Monday at the church. Burial with full military rites will follow at the church cemetery. Memorial donations may be given to Immanuel Lutheran Church in Altenburg, Saxony Lutheran High School or a charity of your choice.

David Harry Seibel, 73, of Frohna passed away Thursday, Sept. 23, 2021, at his home with his family by his side. He was born July 27, 1948, in Cape Girardeau to the late Harry and Elsie Palisch Seibel. David and Charlotte Schlichting were... View Obituary & Service Information

The family of David Harry Seibel created this Life Tributes page to make it easy to share your memories.

Send flowers to the Seibel family.