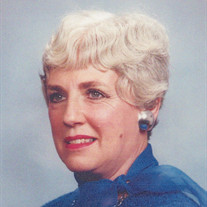 Cozy B. Bierk Fiala, age 83, of Perryville, Missouri, after a short stay at the SEMissouri Hospital in Cape Girardeau, lost her long battle against various forms of cancer on July 14, 2020. Cozy was born on September 13, 1936, to Chalmer David and Cozy (Cashion) Bierk. In 1966, Cozy was married to John "Jack" Fiala of they were married until his death in 2014. Following her graduation from Perryville High School, Cozy spent two years as a receptionist at the Prudential Center in Houston, Texas, this followed by a summer at SEMissouri State College. In 1957, Cozy was employed as a business manager with Southwestern Bell Telephone Company. She served in that capacity first in Ste. Genevieve, Missouri, and then until her retirement in Perryville, Missouri. Following her retirement from Southwestern Bell, Cozy was employed by the Ron Allen Realty, and then by Edward Jones Investments. With her sister Nancy and a couple of others, they raised money that was used to transport stray animals in the area to the Humane Society in Cape Girardeau, Missouri. In later years, Cozy served as a volunteer at the Perryville Missouri Hospital. Cozy Fiala’s four siblings are still alive: Nancy Jean Bierk Moore of Perryville, Dr. John Cashion Bierk of Cape Girardeau, Charles David Bierk of Perryville, and Stephen Michael Bierk of Silver Lake, as are numerous nephews, nieces, and grand nephews and nieces, with two of those nephews, Kyle Bierk and Jacen Bierk, having remained throughout the years especially devoted to her and her welfare. Cozy was preceded in death by her parents and husband. Their twin sons, David and Stephen, died several days after their birth. There will be no visitation or Church Service, but a private family memorial will be held in the near future. Memorials preferred to Humane Society or American Cancer Society. Online condolences may be made at www.fordandyoungfuneralhome.com. Ford & Young Funeral Home is in charge of arrangements.

Cozy B. Bierk Fiala, age 83, of Perryville, Missouri, after a short stay at the SEMissouri Hospital in Cape Girardeau, lost her long battle against various forms of cancer on July 14, 2020. Cozy was born on September 13, 1936, to Chalmer... View Obituary & Service Information

The family of Cozy Bee Fiala created this Life Tributes page to make it easy to share your memories.

Send flowers to the Fiala family.