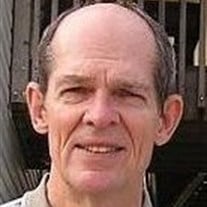 Clyde William Schremp, 81 of Perryville, passed away on November 7, 2019, at St. Francis Medical Center in Cape GirArdeau, MO. He was born on April 9, 1938, in Perryville, MO, son of the late Wilbert Aaron and Glenaire Helen (Moore) Schremp. In addition to his parents, he was preceded in death by his loving wife on December 9, 2013; they are together again. He was a member of Immanuel Lutheran Church in Perryville, MO. Clyde graduated from Perryville High School, Perryville, MO in 1956. He then served 4 years in the United States Air Force, which included six months inside the Arctic Circle. While in the Air Force, he met Violet Jo Ann “Jo” Billedo from Ste. Genevieve, MO. They were married on May 16, 1959. He said many times, “I have never loved anyone as much as I love you.” Upon discharge from the service, they moved to southern California. After 7 years, they moved back to MO for 6 months, then to Texas, where they spent most of the rest of their lives. Clyde graduated from Southern Methodist University in Dallas, TX in 1969. They did live in Denver, CO from 1982 - 1987, and returned to Texas, where they lived thereafter. He skydived once, hot air ballooned in Colorado, climbed Colorado’s 14ers, enjoyed cruises and even belonged to a fast draw club while in California. He has flown in B-25‘s, C-47‘s, 747‘s, a helicopter, and 39 Chevys. He felt he had done it all when he qualified and ran the 100th Boston Marathon in 1996. Clyde worked for Texas Instruments for 11 years but retired, after 25 years, from Boeing (United Space Alliance) in Houston, TX in 1997, where he supported the space shuttle operation as a computer programmer/analyst. Recipient of the Silver Snoopy Award which is given personally by NASA astronauts as it represents the astronauts own recognition of excellence. He and his wife then moved to Rockwall, TX to spend time with family. He volunteered doing AARP Tax Aide 5 years, teaching AARP Driver Safety Program, visiting hospice patients, delivering Meals-On-Wheels, and was also a Gideon and loved telling people God‘s story. He enjoyed traveling with his wife, reading, studying the Bible, hiking, running, and walking. He continued to run until 2006 when he started having running injuries, then he fast walked 20-30 miles a week. Almost all activities of his life were with his wife, where they traveled almost all 50 states. He would say, “Been there, done that.” Alaska, Hawaii, Colorado, and Missouri were their favorites to visit. In July, 2016, he moved to Perryville, MO, where he volunteered in Perry County Memorial Hospital and Perry County Meals-on-wheels. His journey here has ended, but his story continues. He looked at death as another exciting adventure with God, through Jesus Christ. In life, he never understood politics, war, or hate. If he had any enemies, they were just cruel friends. He was in love with God, through Jesus Christ his Savior. He is survived by his fiancee Nancy Wiggenhorn of Perryville, two daughters, Patricia (Donnie) Parker of Royse City, TX, Pamela (Darrell) Proctor of Garland, TX, and a son, Paul of Tennessee Colony, TX; seven grandchildren, Esther (Daniel) Browning, Isaiah Parker, Abigail (David) Vehslage, Elijah Parker, Andrew (Laura) and Sarah Proctor, and Justin Schremp; seven great-grandchildren Addison, Parker, Caden, Reagan, and Turner Browning, and Juliet and Benjamin Vehslage; one great-grandaughter due in mid December Evangeline Proctor, three brothers Wilbert, Jr. (Lorraine) of Sterling Heights, MI, Sherman of Ventura, CA, and Cecil of Westminster, CA, and nieces and nephews. Visitation will be held at Ford & Young Funeral Home on Friday, November 8 from 5:00 pm until time of memorial service at 7:00 pm with Rev. Matthew Marks officiating. Visitation and funeral service will be held at Resthaven Funeral Home in Rockwall, TX Memorials can be made to the Perry County Memorial Hospital Auxiliary. Online condolences may be made at www.fordandyoungfuneralhome.com. Ford & Young Funeral Home is in charge of arrangements. Funeral arrangements are under the direction of Rest Haven Funeral Home in Rockwall, TX. Share your condolences and memories at resthavenfuneral.com.

Clyde William Schremp, 81 of Perryville, passed away on November 7, 2019, at St. Francis Medical Center in Cape GirArdeau, MO. He was born on April 9, 1938, in Perryville, MO, son of the late Wilbert Aaron and Glenaire Helen (Moore)... View Obituary & Service Information

The family of Clyde W. Schremp created this Life Tributes page to make it easy to share your memories.

Clyde William Schremp, 81 of Perryville, passed away on November...

Send flowers to the Schremp family.